A well know poet and a DOOR member Jim Morrison was born as today December 8, in 1943.

With his real name, James Douglas “Jim” Morrison, was born in Melbourne, Florida, to future Rear Admiral George Stephen Morrison and Clara Morrison. He was of Irish and Scottish descent. 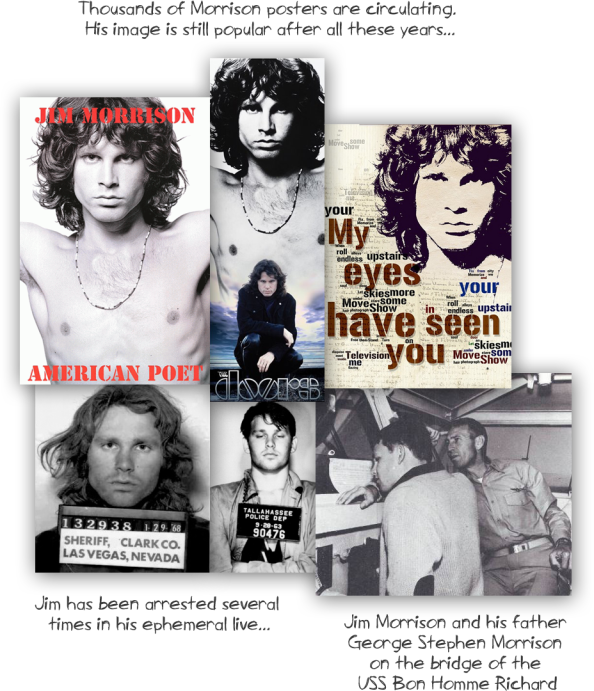 Recognized as an American singer-songwriter and poet, best remembered as the lead singer of Los Angeles rock band The Doors. Following The Doors’ explosive rise to fame in 1967, Morrison developed a severe alcohol and drug dependency that culminated in his death at the age of 27 in Paris. He is alleged to have died of a heroin overdose, but as no autopsy was performed, the exact cause of his death is still disputed. Morrison was well known for improvising spoken word poetry passages that he was often performed while the band played live. Due to his wild personality and performances, he is regarded by critics and fans as one of the most iconic, charismatic and pioneering frontmen of a group in rock music history. Morrison was ranked number 47 on Rolling Stone’s list of the “100 Greatest Singers of All Time”, and number 22 on Classic Rock Magazine’s “50 Greatest Singers In Rock”!

He is a legend in Rock n Roll era. Everyone will remember Jim. Though paper memorabilia or not…