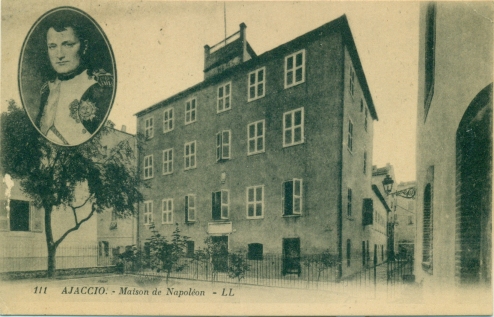 Very rarely has the title “Great” been conferred on anyone throughout the course of history. There has always been some reason for those bearing it and who rightly deserve it: Alexander the Great, Charlemagne, Peter the Great, Catherine the Great and so on.

considered even greater if Alexander the Great had not been born, who was the only general never to have been defeated in battle. Napoleon was born in Corsica (Figures 1,2) in 1769 and became an artillery officer. This, in the long term, proved to be one of his strong points. After the turmoil of the French Revolution, he had a rapid progress, starting with the Italian Expedition (1796) as a commander in chief. He won a personal victory at the battle of Arcole (Figure 3).

He defeated the Mameluks during the Expedition in Egypt, in 1798, while the scientists that escorted him laid the foundations of Egyptology (Fig. 4). However, the sea battle of Abukir, where Nelson was involved, (Fig. 5) blocked his advancement. Napoleon became Consul in 1799 and Life Consul in 1802. The battles that he personally took part always crowned France with success. However, the great victory in Marengo, in 1800, was brought by Desaix (Fig. 6). 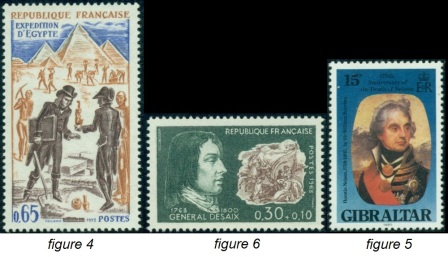 After so many victorious battles and with ingenious, though hard, political maneuvers he was crowned as an Emperor in 1804 at Nontre Dame in Paris along with the Empress Josephina (Fig. 7). 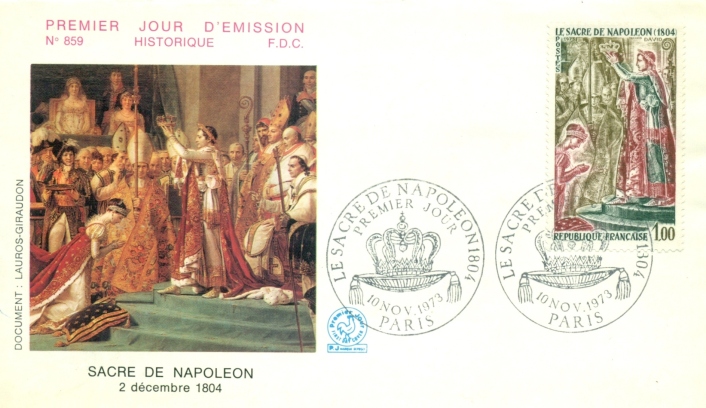 In 1807, he suffers defeat, once more by Nelson, at the naval battle of Trafalgar (Fig. 8). France lost its domination of sea routes for ever. Nevertheless, Napoleon triumphed in Austerlitz (Pic. 9) against the Austrians and the Russians and seized Vienna. The battle of Austerlitz is still being taught, today, in the most important military academies. His Field Marshals grasped many victories and enjoyed a great deal of honor and distinction such example are Lahn (Fig. 10) and Bernadotte who, in a twist of luck, was called to stand at his coronation ceremony as a king of Sweden. The present kings of Sweden are his descendants (Figure 11).

From then on, Napoleon acted as he pleased. He invaded countries, seized small states and offered them to his allies, won battles, in some cases he was curbed, he abducted the Pope, Spain was ceded to his brother Joseph, Naples to Mira and proclaimed his sister, Paullina, queen: nepotism in its full scale.

After a series of blunders, the fatal one loomed in the background: the Russian Expedition (Fig.12) of Alexander I (Fig.13) in 1812. As Napoleon was the only general to invade Moscow, his retreat led to his crushing defeat. Despite his victory in the battle of Leipzig, he lost his last one in Waterloo in 1815 as he was unable to meet his enemies individually: a thing that he had always practiced in the past. While he was engaged in a battle with Wellington (Fig.14) the first Prussians under Blucher made their appearance (Fig.15). The chief of staff of one Blucher’s army corps was the renowned Claousewitz (Fig.16). His minister of foreign affairs was Talleyrand (Fig.17): a decadent, avaricious individual who, on the other hand, was the best diplomat ever to be brought up to surface in France! The battle was lost, the curtain fell and Napoleon found himself exiled by the British on the island of St Helena until the end of his life (Fig.18). He died in 1821.

Stamps with Napoleon (Pictures 19-26), as it is easily understood, are not to be found in countries which suffered his invasions such as Spain, England, Germany and Russia. Sets about the great general, apart from France which has been glorified as much as ever, were issued by the French Colonies, mainly in 1968, in 32 values. Those large-shaped, wonderful stamps complete the puzzle of the “Napoleon Phenomenon”: an atheist, authoritarian, materialistic and conceited individual who attributed a cosmopolitan air to his state and laid the foundations for modern France.

Even today, we use such terms as “Napoleonic Maneuver, Napoleonic Campaign” but mainly “Napoleonic Era” as this period between 1800-1815 is frequently called. All this surely justify the term: “Great”.

Many of these stamps are on sale on eCharta stamps page right now. Enjoy this thematic, topical Napoleonic collection!

10 thoughts on “Napoleon the Great through postage stamps”